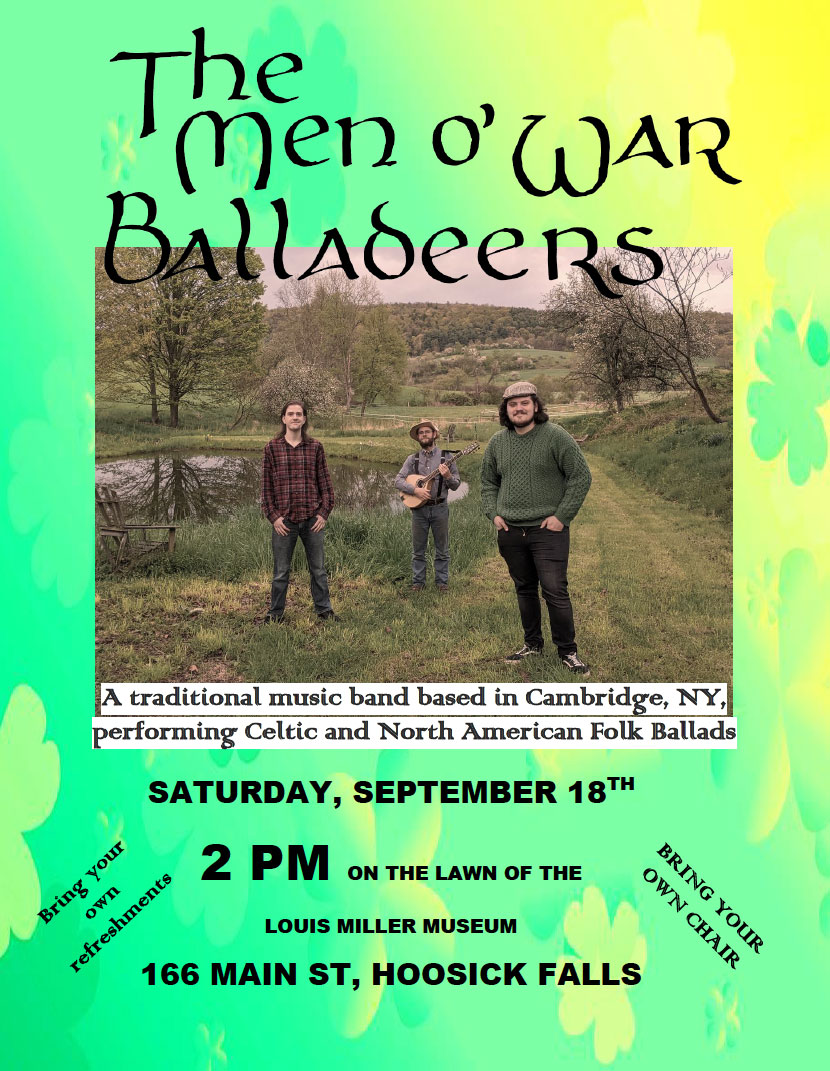 Men o'War Balladeers will be performing on the lawn of the Louis Miller Museum, Saturday, September 18th at 2 PM.

The Men o’ War Balladeers are based in Cambridge, NY, and sing traditional Celtic and British Isles ballads and sea shanties. They perform with a vocals-focused, harmony-rich style, either unaccompanied or sensitively backed by acoustic guitar, Irish bouzouki, or concertina.

Our thanks to Joyce Brewer and the Hoosick Township Historical Society for the invitation to perform.